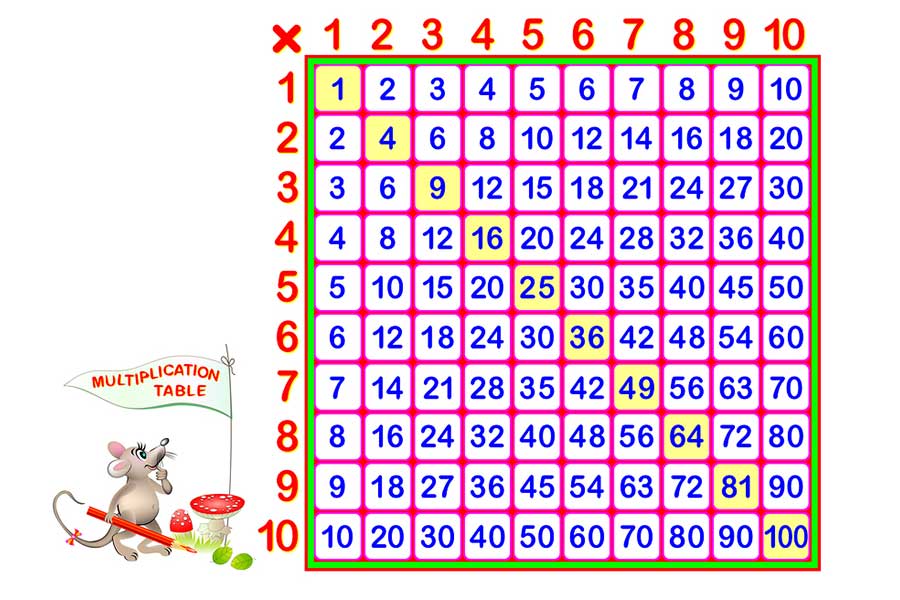 Multiplication is repeated addition, and there’s nothing complicated about it. It’s one way of repeatedly adding a number. Here are a handful of the tricks and tips you can use to help your child learn multiplication.

Tricks and Tips by Numbers

The multiples of 8 pretty much follow the same rule. You double the number, then double it again, and double for the final time. For example 8 x 7, double the 7 to get 14. Double it again to get 28, and finally, double the 28 to get 56.

It gets even more interesting when dealing with the multiplication of 9. Well, you take the figure and multiply it with 10, and then minus the same figure from the result.

For example, 7 x 9, you multiply the seven by 10 to get 70. Subtract 7 from the 70 to get 63, and that is the answer. Try with any other number, and you will get the right answer. Sounds interesting, doesn’t it?